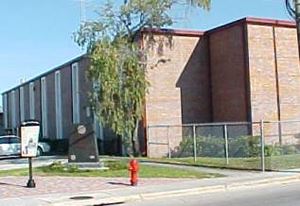 During the early 1900s, African American families began a long campaign to obtain education for their children. The first school made available for African Americans in St. Lucie County was a former tin storage shed located on North 8th Street. In 1906, the building next door was given to the African American community for their school, which had no name. Sometime before 1920, the school moved to 13th Street and Means Court and became known as the Means Court School.

The Means Court School had not been open a year when parents began working on plans to expand it, raising money to build the first African American high school south of Palatka. Mothers sold 10-cent sandwiches to raise money for a basketball court. Volunteers fenced in the court so that tickets could be sold and the proceeds used to benefit the school expansion program. Enthusiastic parents recruited the highly recommended Principal James Espy away from a better-paying job in Georgia. All this at a time in Florida when there was not a single accredited African American high school and only 18 African American students in twelfth grade in the entire state.

With Espy's assistance, parents convinced the school district to let them have a high school and pledged $1600 of their own money toward it. The community ended up paying more than $2600 in one term, and Lincoln Park Academy was approved as a senior high school. Espy kept academics at a high standard and insisted on degreed teachers, an unheard of luxury for African American schools at the time.

According to the informative book, Treasure Coast Black Heritage (1996), "When Lincoln Park Academy was accredited in 1928, it was among four Negro schools that had this distinction in the state. Students came from as far north as New Smyrna and as far south as Delray Beach and across the state from Tampa to attend high school at Lincoln Park Academy."

In her 1942 autobiography, "Dust Tracks on a Road", Zora shared her mother's encouraging words with the world: "Mama exhorted her children at every opportunity to 'jump at de sun.' We might not land on the sun, but at least we would get off the ground." Today, we sometimes take education for granted. Let us instead remember the dedication of Fort Pierce's early families to provide students with an excellent education. They encouraged children to "jump at de sun" and fulfill their dreams.

Hold on to Your Dreams

In a February 14, 1990, Fort Pierce Tribune article, Zora's friend and local writer, Marjorie Silver Alder, remembered that Zora still believed in her mother's words: "What kept Zora going was her determination to tell African Americans not to take (discrimination), not to bow down to it, not to accept it." Alder recalled Zora's own words of encouragement as well: "She told the children how valuable they were. Told them they could have wonderful thoughts and dreams. And she told them to hold on to their dreams."

Zora spent her childhood in Eatonville, Florida, the oldest incorporated African American town in the U.S. (Eatonville is north of Orlando). For her elementary school education, Zora attended Eatonville's Hungerford School, founded in 1889 on the Tuskegee model. Zora's mother died in 1904. Soon after, her father married a young woman only six years older than Zora. Hurston and her new stepmother bitterly disliked each other and so at the age of 13, Zora left to live in Jacksonville. She was not able to complete the equivalent of high school until her late twenties. 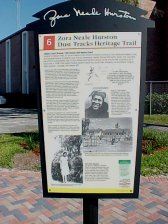 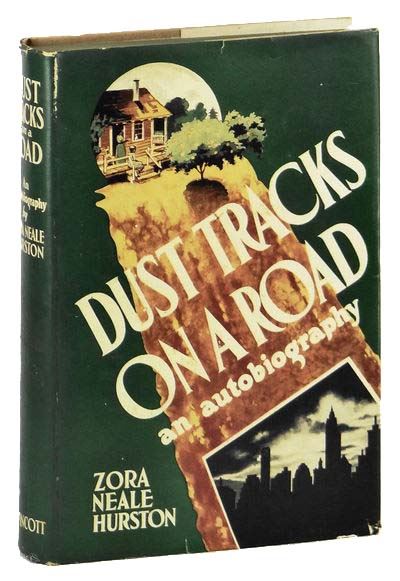 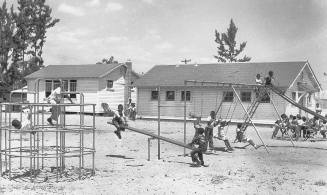