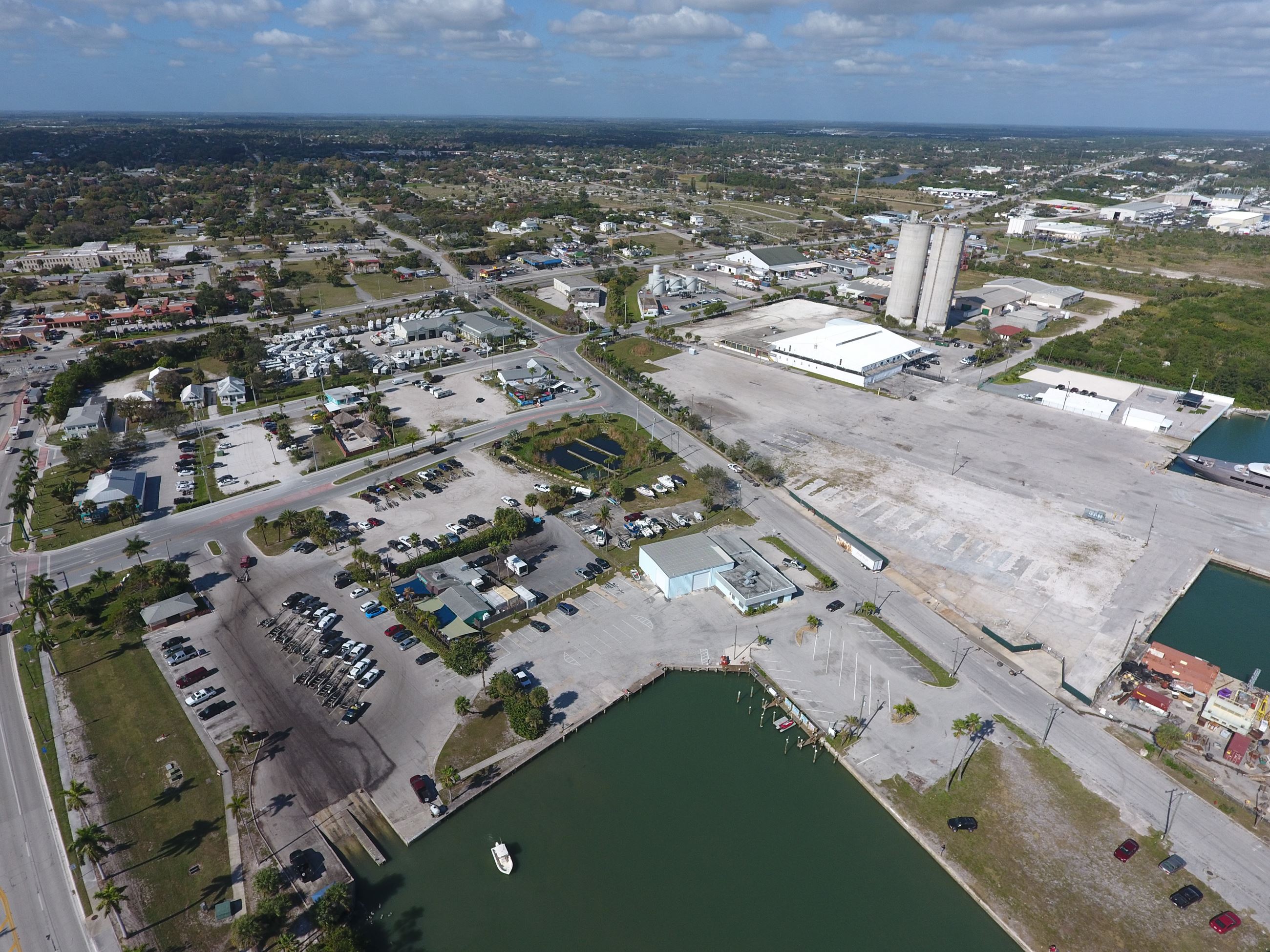 Fisherman’s Wharf District, or the Port of Fort Pierce area, is one that presents plenty of opportunity for the FPRA area. While currently underdeveloped, the Port of Fort Pierce is one of Florida’s 15 deep water seaports and a unique asset for the region. With the right mix of uses, this District has the potential to make important economic contributions to the FPRA and become a northern anchor by linking to the Downtown, Lincoln Park, and South Beach Districts.

The Fisherman’s Wharf District includes three publicly owned parcels and three privately owned parcels. These areas were recently reviewed as part of the Port of Fort Pierce Master Plan 2020 with the following two areas presenting the most opportunity:

• Fisherman’s Wharf (City-owned): Located at the southern end of the Port area, Fisherman’s Wharf, acts as a buffer between the working port area and historic downtown Fort Pierce. It is currently underutilized and prime for redevelopment. The Master Plan presents a plan for Fisherman’s Wharf to become a vibrant boating, food & beverage, and recreational space. The site has great potential to be the northern anchor of the City of Fort Pierce’s growing downtown waterfront, linking the port and marina area to other cultural, recreational, and retail uses in the FPRA.

• Underutilized & Vacant Land (Privately-owned): The Master Plan proposes activating this large span of land with uses that promote the long-term success of the Port and tie to the broader FPRA community. It could become a significant incubator of marine-related jobs, commerce, and other benefits.